I can retire in peace! 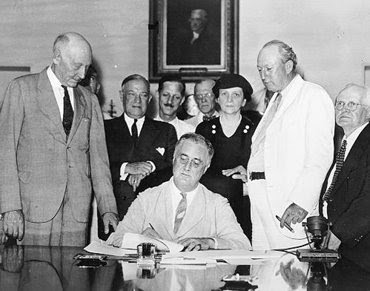 In yesterday's mail I received my "Social Security Statement". I get one each year. Let me give some background.

I started working when I was 15. In the year or so before I got married I worked full time as a receptionist at a Title Insurance Company. Which had a really cool switch board, the kind like you see in movies with 2 cables. You connect one cable to answer the phone and another to the party they are calling. It was so fun when Gene would call in and I would leave his line "open" and he could listen to me answer the other lines. But, as interesting as this is, that is not the point of the post. 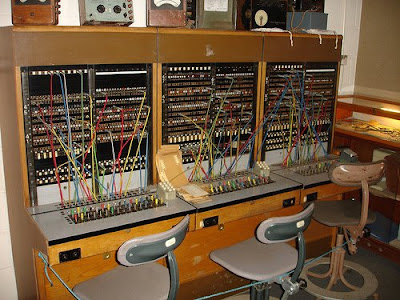 Before the receptionist job I worked 2 jobs at once, one was at a Deli and the other was at a theater. All of this to say that I worked hard from an early age. If you look at my report it looks like I fell off the face of the planet for the years of 1980 to 2001! What happened? Oh, yeah....my children! My daughter was born in 1980 and my son graduated from High School in 2001.

To look at my statement, you'd think I did nothing! I raised 2 great kids! Anyway, that is not the reason for the post either.

I went back to work in 2001 for a couple of reasons. First, my husband opted out of Social Security because of the recommendations of the pastors in our lives. This was so we could have more money on a take home basis since going into full time ministry meant less money than a comparable secular job. Although he worked also for years before he opted out, he doesn't have enough "quarters" to qualify for SS. I didn't have enough quarters either. So, after my children were grown and gone (by either marriage or college) I decided I should go to work so I could qualify for SS (being concerned about medical since I believe insurance companies drop you after you reach a certain age).

One problem with working when you have M.S. is that your health can be very up and down. I needed to find a job where I could be flexible with my hours. It just happened, if you believe in coincidences, that our church needed someone. Our Assistant Pastor decided to move to Pastor a church in another state which left our church with a real need for help. I was going volunteer my help but when he left our "group" of 2 families was down to 1 (from the health insurance point of view) and thus they would not cover us as a "group". So we decided to get an individual policy...you guessed it, no one would take me, because of M.S. So, the church (not my husbands decision-it was the board's decision) offered me a part time job. With this decision I was able to take care of 2 things. I could have health insurance because we would be a "group" again, (I know stupid, because I was under my husband before. Now I am my own person and suddenly we can be a "group") and I could earn the credits to be able to qualify for SS and my spouse could also receive benefits under my SS. The church also benefited. They would pay me less than hiring another full time employee and so freeing up funds to purchase land, then a building and finally hiring 4 to 5 other employees.

Woo Hoo! Wow! I'm sure I can live on that. (written sarcastically)

And another small thing is this fact, My mom worked her whole life (from age 13 to 60). She became sick with congestive heart failure at age 60 and died at 61. She only collected a short time. What happened to her money? I guess it was just absorbed into the SS machine. I'm not being fair, if memory serves me correct, when she died the Social Security Administration sent around $255.00 as a death benefit. Probably to pay help with burial.