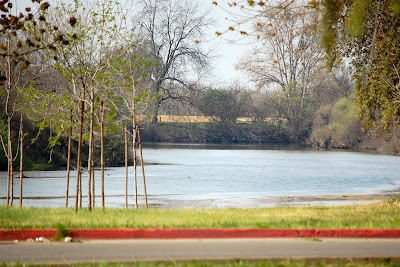 Last Monday Gene and I went birding at the Laton Kingston Park.  It's a little park with access to the Kings River.  Because it is Spring and kids are in school, the water is low and it is fairly cold for water activities, the park was virtually empty.  Except the occasional lone guy that has rap music blaring and a shady look to him....but that is not important right now!   We saw some birds we have never seen before.

A little background....I have begun taking not of the little birds that come in my yard.  And some big ones!  If you read my blog you have probably read about the hawk that comes around and some of the other sitings. 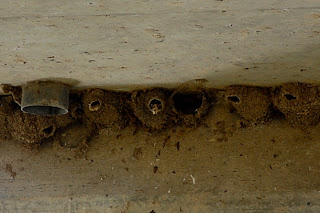 At this park there is a bridge and under the bridge are little mud nests belonging to these birds:

I believe them to be cliff swallows due to what I could identify. 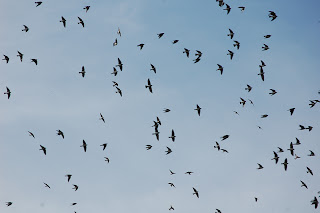 There were many hawks 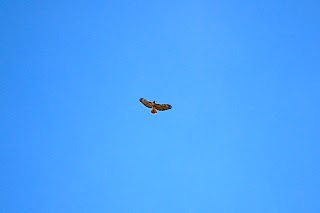 Which were flying high above.  Having only a limited lens these were the best photos I could muster. 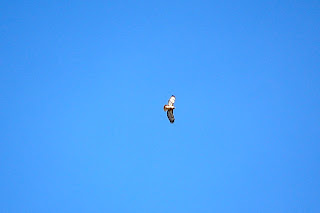 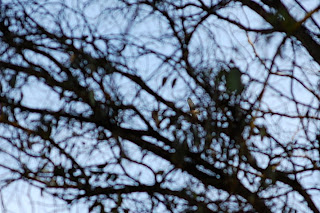 I'm not exactly sure what kind of hawk it was but hopefully someone can give their opinion.


Then high in the trees we saw flashes of yellow and we think them to be yellow rumped warblers. 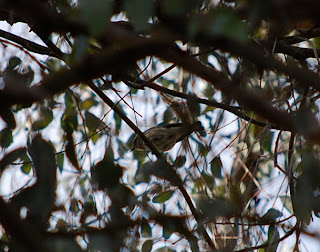 There was marking in the right spots.  Yellow under wings and blackish on top.  They were very high in the trees so it is hard to say exactly. 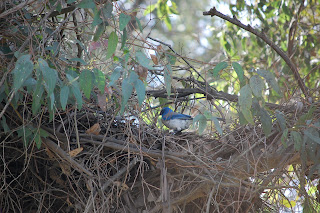 There was the occasional Western Scrub Jay.  This one appears to be robbing a crows nest.  There were Mocking Birds, Sparrows 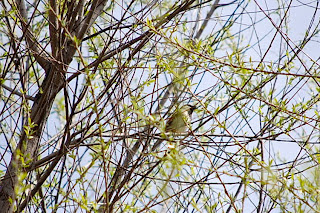 But the most exciting was the Cedar Waxwings!  I have never seen such a beautiful bird in California. I know there are amazing birds in California but not in the usual back yard.  We heard and saw a slight rustling over on the edges of the park high in some trees.  When we looked through the binoculars we saw them! I wish I had a $5,000.00 lens but here are some of the better photos I could get 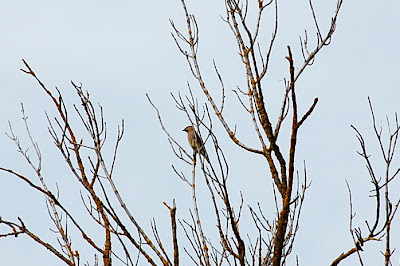 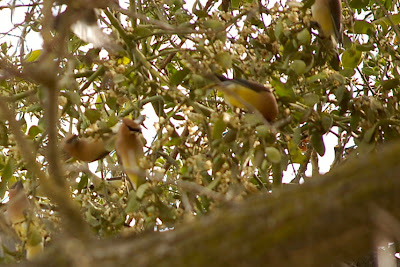 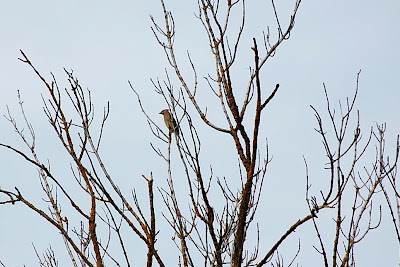 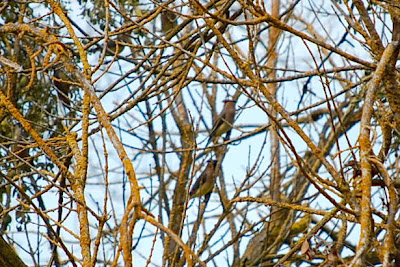 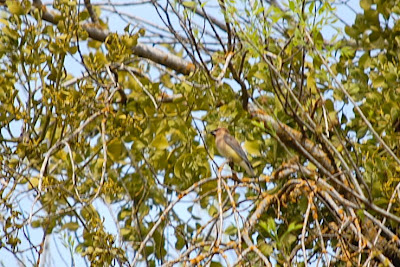 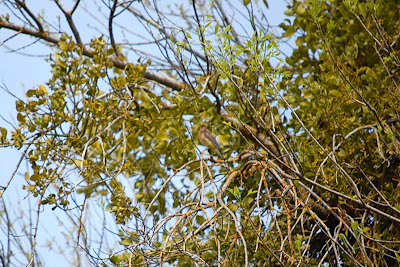 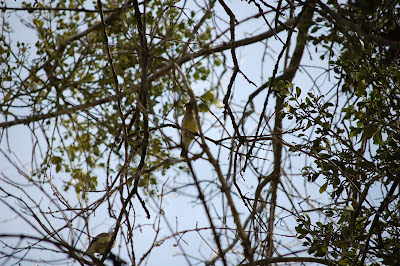 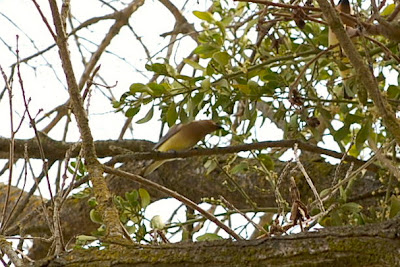 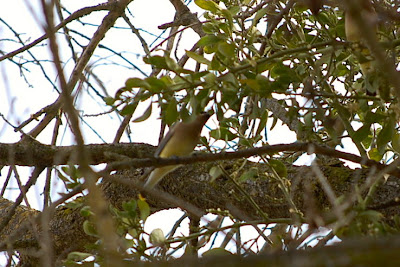 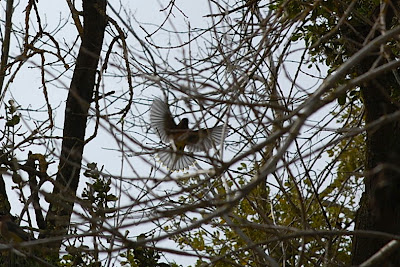 As you can see, it was a successful outing!  Who knew? I think I found a new hobby!  I hear there are bald eagles up in the Sierra here...really????

Thanks Geno! I love you MORE!